It's time for Wintersday, that joyous time of year when towns glimmer with festive decor, vendors offer seasonal treats, and the hearts of Tyrians everywhere are filled with goodwill.

For additional information about Wintersday, check the Guild Wars Wiki! 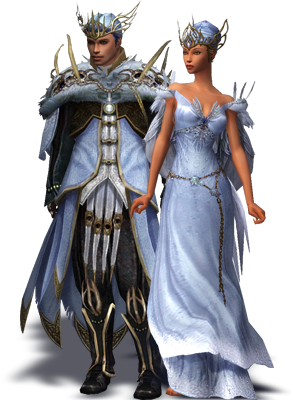 Wintersday is the perfect time to dress up in costume and get into the spirit! Pick up your Dwayna or Grenth costumes at the Guild Wars store in-game or on the web and celebrate in style!

Collectors will once again exchange items for Wintersday consumables in Kamadan, Lion's Arch, Ascalon City, Droknar's Forge, and the Eye of the North. Here's what they've got in store: